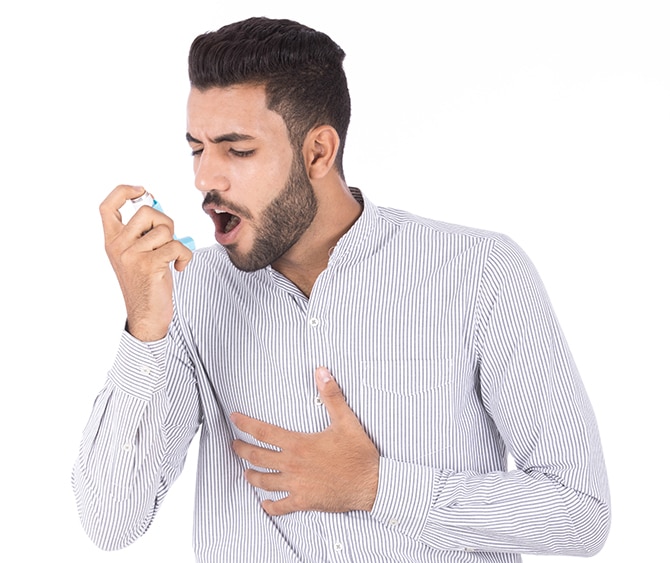 Asthma is a condition characterized by chronic inflammation of the lung’s airway passages. Sufferers of asthma have periodic “attacks,” where these passages suddenly inflame and fill with mucus, causing severe shortness of breath.

Spasms often accompany asthma attacks, causing muscles in the chest as well as smooth muscle tissue in the lungs to contract rapidly, making breathing and movement difficult. These spasms can be so severe that the person cannot move. Coughing fits, wheezing, excess sputum production and other issues can make these fits even worse.

Patients that want to safely manage their asthma condition by reducing the frequency and severity of their attacks can look to chiropractic care. Doing so may lessen their dependence on medicines with severe side effects. Since asthma is theorized to be related to allergic reactions, the allergy-reducing potential of chiropractic can also provide benefits.

Most modern anti-asthmatic drugs attempt to treat the condition’s symptoms. Inflammation, histamine reactions, mucus production and more are all targeted. Yet, even with these medications, the condition persists. Some people also report little to no improvement in their symptoms.

What these drugs fail to account for is the role our musculoskeletal and nervous systems play in asthma attacks. Chiropractic care recognizes this role and seeks to correct underlying issues resulting from muscular and nervous system irregularities caused by subluxations.

Specifically, subluxations in the upper third, fourth and fifth vertebrae can impede functionality of the phrenic nerve. Since this nerve controls the muscle responsible for breathing (the diaphragm), back spasms associated with an asthma attack can create a critical loop that worsens symptoms.

Through targeted adjustments, natural nervous system functioning can be restored. Lymphatic system and muscular performance can similarly improve, helping lessen the severity and frequency of attacks in addition to improving the quality of life of patients.  Drs. Hallingquest have the ability to correct these subluxations, allowing for a happier, healthier Birmingham community.